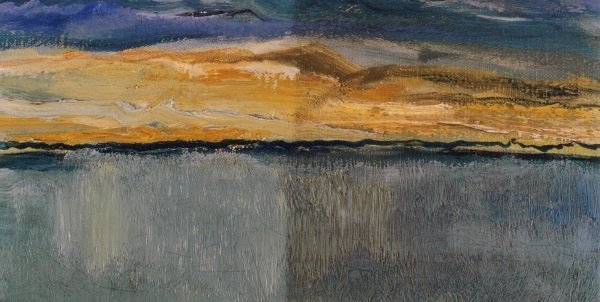 What’s involved in cleaning a painting?

Cleaning a painting is one of the most common restoration treatments that I carry out. Sometimes the cleaning treatment is the whole restoration in itself. A dirt layer can be thick and disfiguring, appearing as a brown or grey veil over your painting. Or it can present as a yellow layer in the case of a nicotine layer. However most often cleaning a painting is part of a larger restoration schedule that addresses several other conditions in the painting. Dirt easily attaches to a painting. Acrylic paintings actually attract dirt through electro-static charge that can build up on their surfaces. While oil paintings often provide a textured surface for the dirt or grime to cling to. 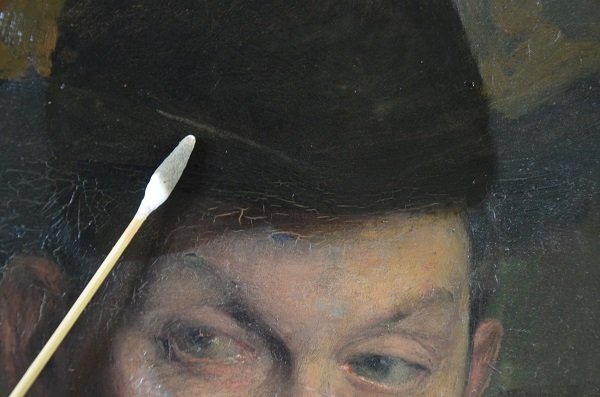 Removing a grey dirt layer during surface cleaning of this portrait

Cleaning a painting is considered a fairly non-invasive treatment. However it needs to be done with plenty of care and forethought. DIY cleaning is never a good idea as damage can easily be done to a painting. Therefore always take it to a fully qualified art conservator. Problems can arise through poor selection of the cleaning solution or rough treatment of a textured paint surface. If you’re not fully aware of the materials used by the artist or other conditions that might be present within the painting, such as slightly lifted paint, you can also do serious damage. 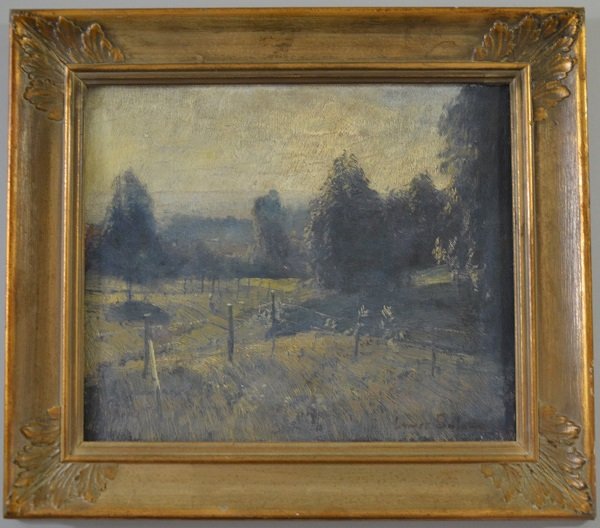 Painting by Lance Solomon with a heavy soot layer, before surface cleaning 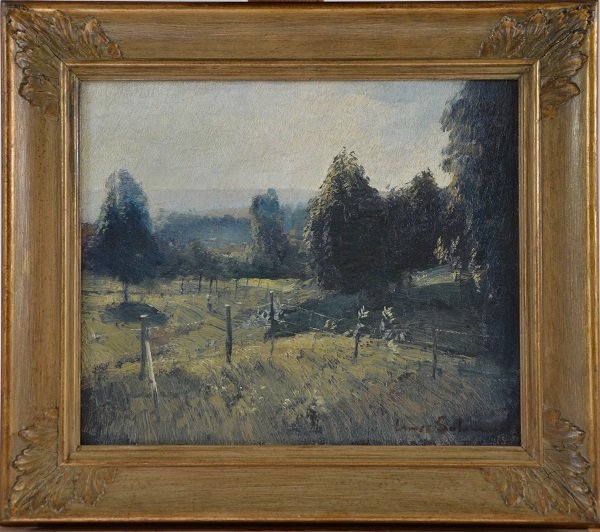 Some paintings that come to me for restoration have the tell-tale signs of a previous DIY, at-home cleaning job. These signs typically include a slightly abraded looking paint surface, or whitish ‘blanching’ on the surface. The beautiful old oil painting below is an extreme example of this and serves as a cautionary tale. When it came to me for treatment the paint layer looked very dry and leached, like it had been scrubbed. I suspect it was cleaned in the past with a household cleaner, probably something quite acidic or alkaline. As a result the dark green paint in several parts of the background had lost some of it’s colour. The only way to repair the damage to this paint colour was by retouching, as attempts to rejuvenate the paint didn’t succeed. 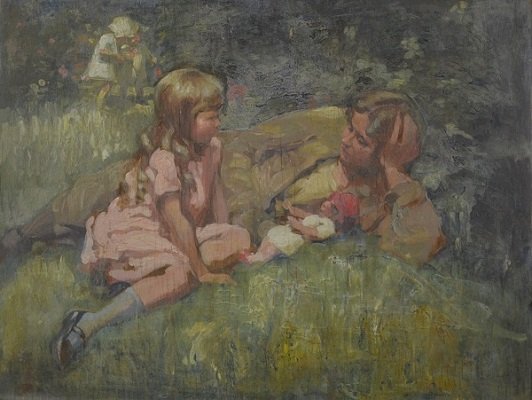 Painting by Frances Payne, with damage from previous cleaning 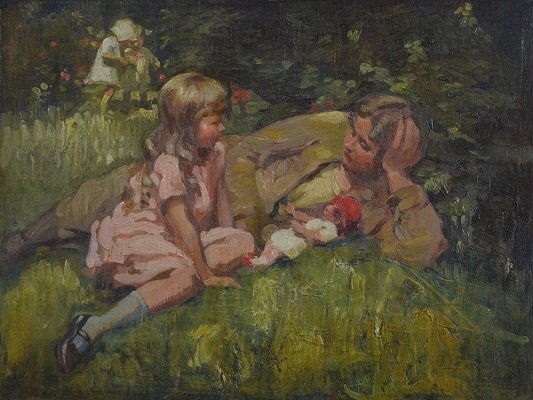 Why is removing dirt important to the long life of a painting?

A dirt layer on the surface of a painting is often thought of as quite a benign condition. Most people don’t think about bringing their painting to a restorer for cleaning until the build-up is quite thick and disturbing visually. But even a relatively thin dirt layer can be quite damaging over the longer term. Dirt can trap moisture on the surface which can lead to mould growth. Mould can literally eat into the top of the paint-film and leave it looking matt, pitted and rough. If there are signs of mould on a painting surface, it will be treated with a special solvent solution intended to kill any mould spores that might remain after cleaning. 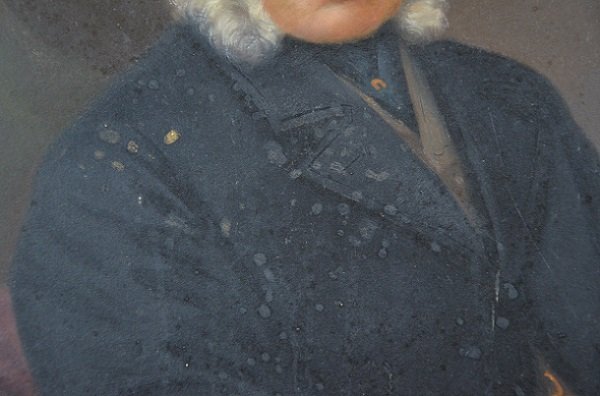 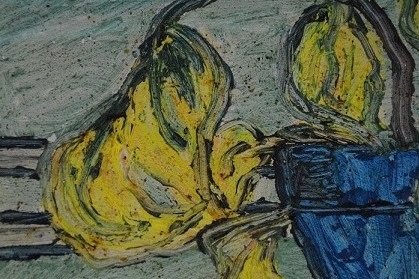 Dirt and grime can also attract insects to a painting, especially if your painting hangs near the kitchen. The dark deposits left behind by insects, known as ‘fly spots’, are very acidic and can damage and dissolve the top of the paint. If the paint layer is quite thin fly spots can remove the paint entirely, leaving a pattern of tiny white dots after cleaning.

Sometimes a painting will need more than a dirt removal treatment to bring back the original vibrancy of the artist’s colours. The reason being, your painting may have a varnish coating that has discoloured and darkened with age. If the varnish is thick and glossy it’s easy to recognise. But when the coating is quite thin and hidden under a substantial dirt layer it’s not always easy to detect it straight away.

Removing a darkened varnish was traditionally also referred to as ‘cleaning’. However the process is quite different and it’s considered an interventive, or invasive, restoration treatment. Keep reading and you’ll find out why. 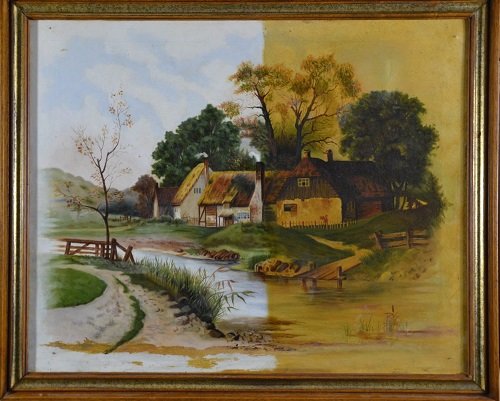 Painting during removal of a very yellowed varnish 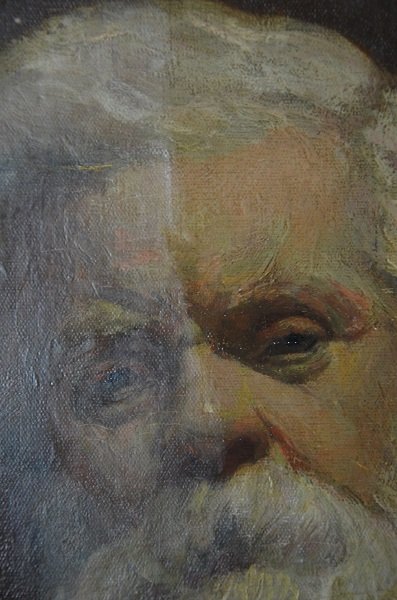 How does varnish removal work?

Varnish removal relies a lot on the make-up of oil paint. If you’ve read my previous post on ‘Painting Restoration’, you’ll know that oil paint is made up of 2 key ingredients. The first is the finely powdered colourant, known as the pigment. It’s mixed with the linseed oil binder to transform the pigment into a spreadable paste. Linseed oil is a drying oil. This means it undergoes several chemical changes as it ages. The process can take many years, many decades in fact. But when the chemical reactions are complete you’re left with a paint film that’s hard, strong and quite impermeable.

It’s this quality that gives oil paint such a long lifespan. It’s also what allows an art conservator to safely separate a dark and aged varnish on a painting from the strong paint film beneath. 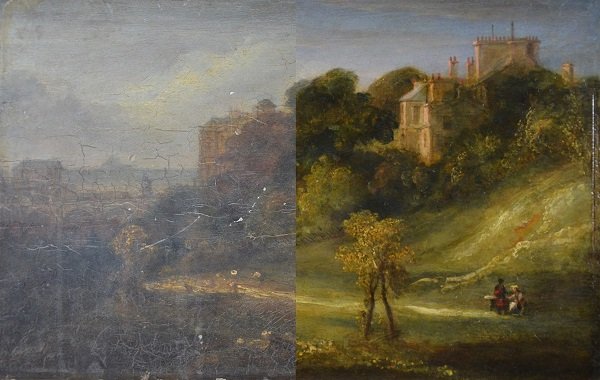 Composite image, showing left half before removal of the degraded varnish, and right half after

When oils are not just oils

It all sounds pretty simple. But in my 25 years experience as a painting conservator, I’ve found that a varnish removal treatment is rarely completely straightforward. That’s mainly because artists will often mix mediums into their oil paints. A medium changes the properties of the paint and can make it easier to apply. Or it’s used to create specific paint effects.

From about the late 16th and early 17th century some artists started incorporating mastic or dammar resin into their oil paint. This helped them create thicker more textural paint layers. The paint was easier to apply to an upright painting than liquid paint glazes. And so it became possible to work on larger paintings, without the need to lay them flat. It also had the added advantage of drying more quickly. Oil-resin mediums, which became known as megilps, were particularly common in the 19th century. And they’re also credited for some of the unique effects achieved by earlier painters such as Titian and Rubens. While highly favoured by artists, these mediums have created some problems for painting restorers.

What makes varnish removal so difficult?

Paintings in which megilps or other resinous mediums have been used present a problem for varnish removal. The mediums can contain similar or the same soft resins that are used for the varnish coating. This makes it harder to separate the varnish from the paint. So restoration work needs to proceed very carefully and with a lot of consideration of the materials used. Other difficulties can occur when the painting has been varnished with a hard resin rather than a soft resin varnish. Hard resins become impermeable as they age, just as the linseed oil in the paint does. Therefore they become less removable with age. Similarly a varnish made with egg-white or containing linseed oil gradually becomes less removable.

What about cleaning acrylic paintings? 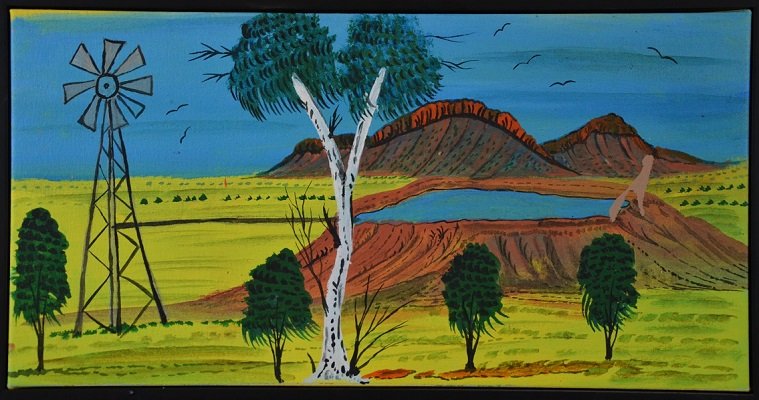 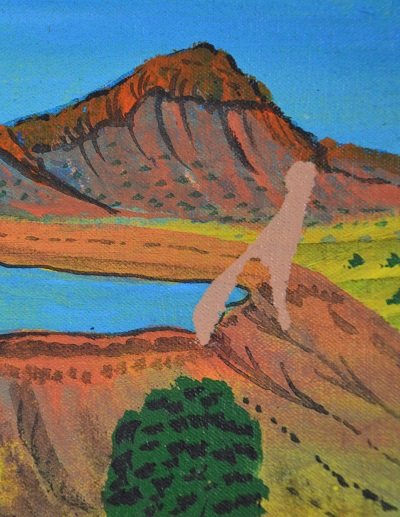 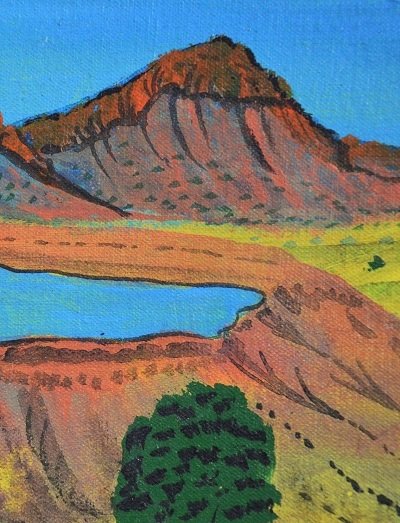 Acrylic paint is much softer than oil paint. Meaning it can be easily damaged during handling or potentially during cleaning. Acrylics don’t undergo chemical change to form a tough and impermeable layer in the way that oil paint does. Therefore removing a discoloured varnish from an acrylic painting can be extremely difficult or even impossible. However in the right situation, with care and experience, cleaning of acrylic paintings can be very successful.

If you’d like to read about the other types of restoration treatments I undertake, go to my article on ‘Painting Restoration’ here. 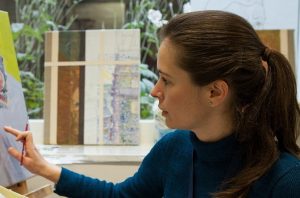 Kristel Smits is a painting conservator who has her own practice, K.S. Art Restoration. Located in the Blue Mountains, west of Sydney, she restores paintings for private clients and Regional Galleries. She has 25 years experience in art restoration. To find out more, visit her ‘About’ webpage here.